637
USDJPY
Fundamental analysis:
The dollar remained volatile against the yen at 146.236. When the Japanese government intervened in the foreign exchange market to support the yen, retail investors increased their bets on further weakening of the yen. The market speculated that the Japanese authorities intervened in the foreign exchange market again on Friday and Monday to help support the yen.
USD and JPY - 4-hour K line chart shows: 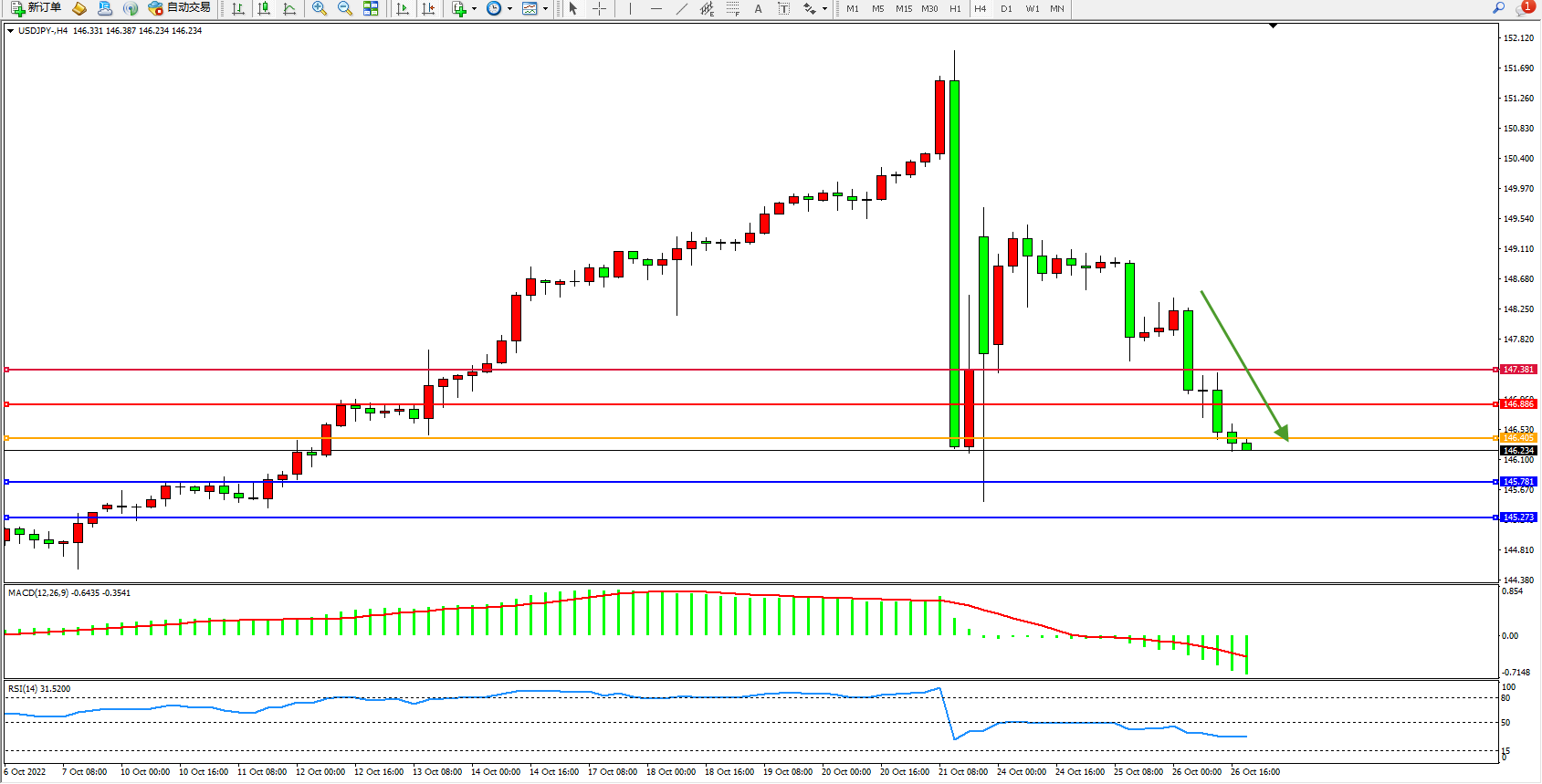