324
GBP/USD hit a new low of 1.1716 since late March 2020, rebounded and turned higher. The market's closely watched Jackson Hole meeting, the European Central Bank and the Bank of England may join the Fed and raise interest rates by 50 basis points to prevent inflation expectations from falling anchor. The Bank of England predicts Britain will slip into recession later this year as soaring energy bills push inflation into double digits.
​​
The U.S. Commodity Futures Trading Commission CFTC foreign exchange business position report shows: as of 2022-08-23 the week (hands) sterling long positions increased by 5,418 to 161,585; the United Kingdom will fall into recession, which may make the pound vulnerable, against the The dollar exchange rate will fall further below the 1.17 mark. Political factors are likely to have a bigger impact on foreign exchange markets ahead of the results of the Conservative Party leadership election on September 5. 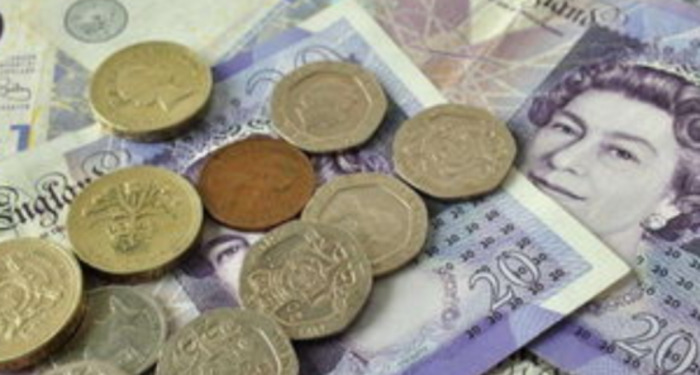 ​​
UK gas prices have hit new highs, reaching ten times the average of the past decade. Terrifyingly high prices are becoming a deadly threat to the safety of millions of families through the winter. Thousands of UK households could see their power cut off this winter, threatening winter if the government fails to act, two UK research groups, the Resolution Foundation and the British Chamber of Commerce, said in their latest proposal. daily life, even life and health. They called on the government to enact large-scale measures to protect households and businesses from energy costs.
​​
Aggressive energy prices are quite tricky for the new British Prime Minister who is about to run off on September 5. The Conservative Party's 180,000 party members have already started voting, and from the current situation, Truss is more likely to lead Sunak to become the next Conservative Party leader and British Prime Minister.
​​
Truss has previously said it will provide financial support to consumers by cutting National Insurance taxes, corporate taxes and green taxes on energy bills. She also promised to create an emergency budget to help consumers pay for energy if elected. But the Resolution Foundation points out that Truss's approach is more beneficial to high-income families. The top 20% of households will receive cash transfers that far exceed those received by poorer households. And for the opposition Labour Party's proposal to freeze energy prices, the Resolution Foundation is also not optimistic. Under Labour's plan, wealthy families could even get more money than the Traths plan.

​​
Marc Cogliatti, head of global capital markets at Validus Risk Management, believes that the pound's undervaluation may be a key factor preventing it from falling further. Over the past 15 years, GBP/USD has not devised more than ±20% from "fair value". This is still true today, and he believes that the pound is currently 19.3% undervalued.
​​
GBP/USD is widely forecast to remain trading at 1.19 by the end of the third and fourth quarters. The notable exception is JPMorgan, which expects sterling to fall to 1.14 by the end of the third quarter before a very slow recovery in 2023.
​​
The daily K-line chart of GBP/USD shows:
The short-term decline has not stopped. The previous low has been broken, and it continues to move downward in Europe. The top suppresses and focuses on the vicinity of 1.19502, and the low support focuses on the node near 1.15929. The MACD indicator is in the bear area and maintains a weak downward trend. The RSI indicator It is in a narrow range below the 50 equilibrium line, as shown in the figure: 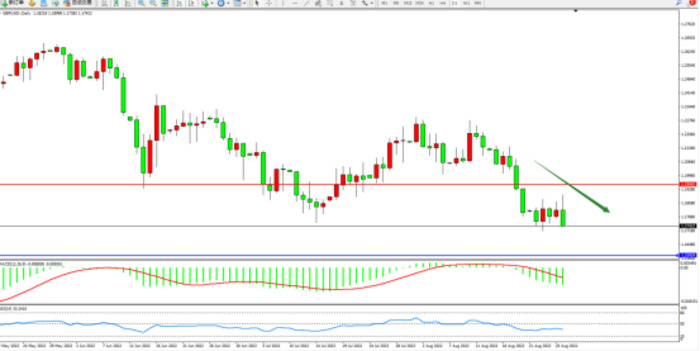 ​​
[Disclaimer] This article only represents the author's own views, and remains neutral with respect to the statements and opinions in the article, and does not provide any express or implied guarantee for the accuracy, reliability or completeness of the content, and does not constitute any investment advice. Please read For informational purposes only, and at your own risk and responsibility.