553
JPN225
Fundamental analysis:
On December 30 (Friday), the Nikkei 225 Index closed down 10.17 points, or 0.04%, to 26083.50 points. With Kishida appearing to be reversing Abe's reflationary economic policies, speculation has grown over Yamaguchi's potential. If appointed as governor, the other two candidates, Masaka Amamiya and Hiroshi Nakaso, are not expected to make any major changes to current monetary policy. The Bank of Japan conducted unscheduled bond purchases for a third day in a row, countering speculation that an end to its ultra-loose monetary policy is imminent.
The Nikkei JPN225——4-hour K-line chart shows: 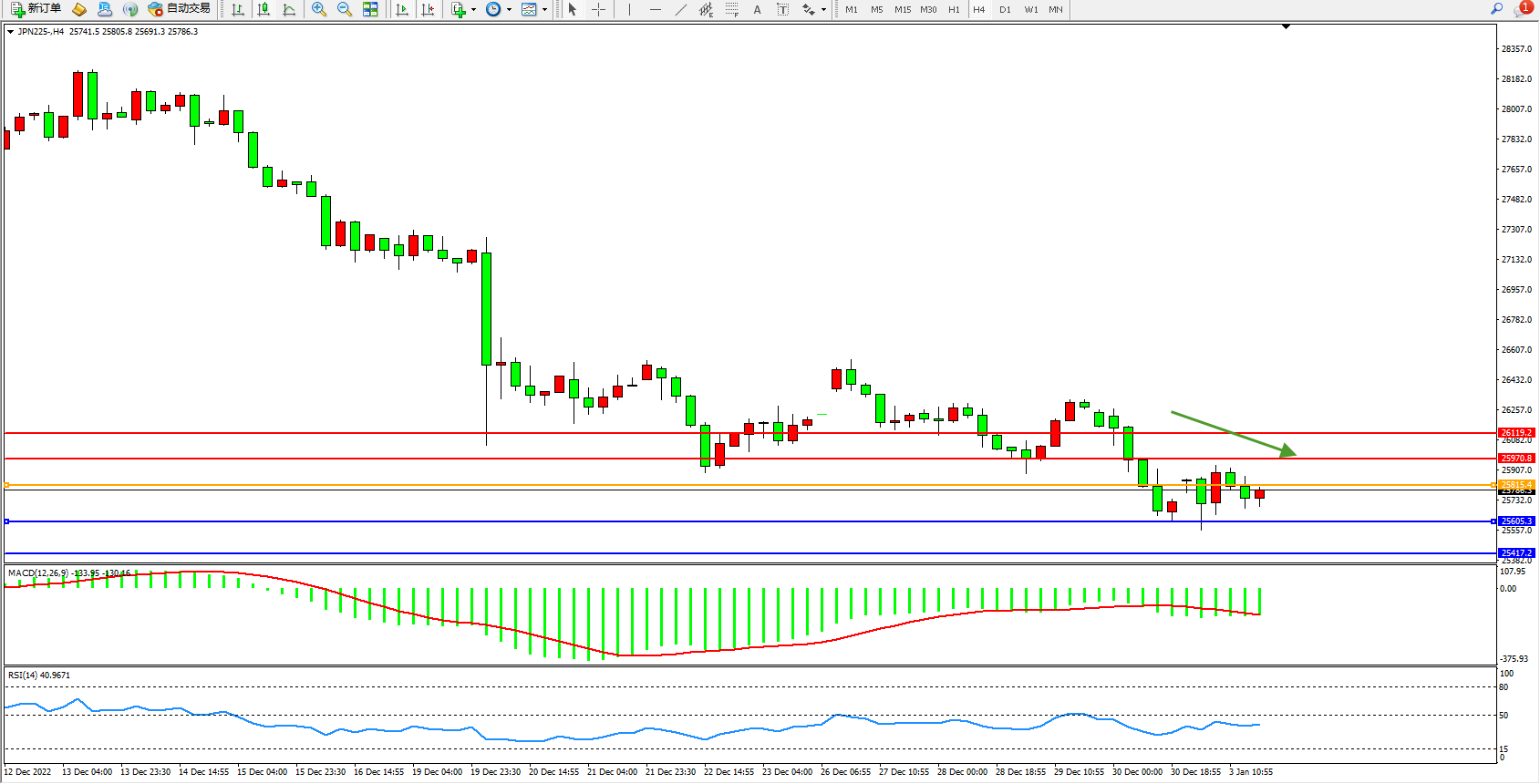