592
GBPUSD
Fundamental analysis:
The pound remained volatile against the dollar at 1.16,096. The market generally expected the Bank of England to raise interest rates by less than 150 basis points before the end of the year, but it is expected that the interest rate will be raised by 75 basis points next Thursday (November 3), raising the benchmark interest rate from 2.25% to 3%, to fight against high inflation. The market's expectation that the Bank of England will raise interest rates by a further 100 basis points has also been raised to 37%, which is higher than the probability of delaying the release of the financial plan.
GBPUSD GBPUSD - 4-hour K line chart shows: 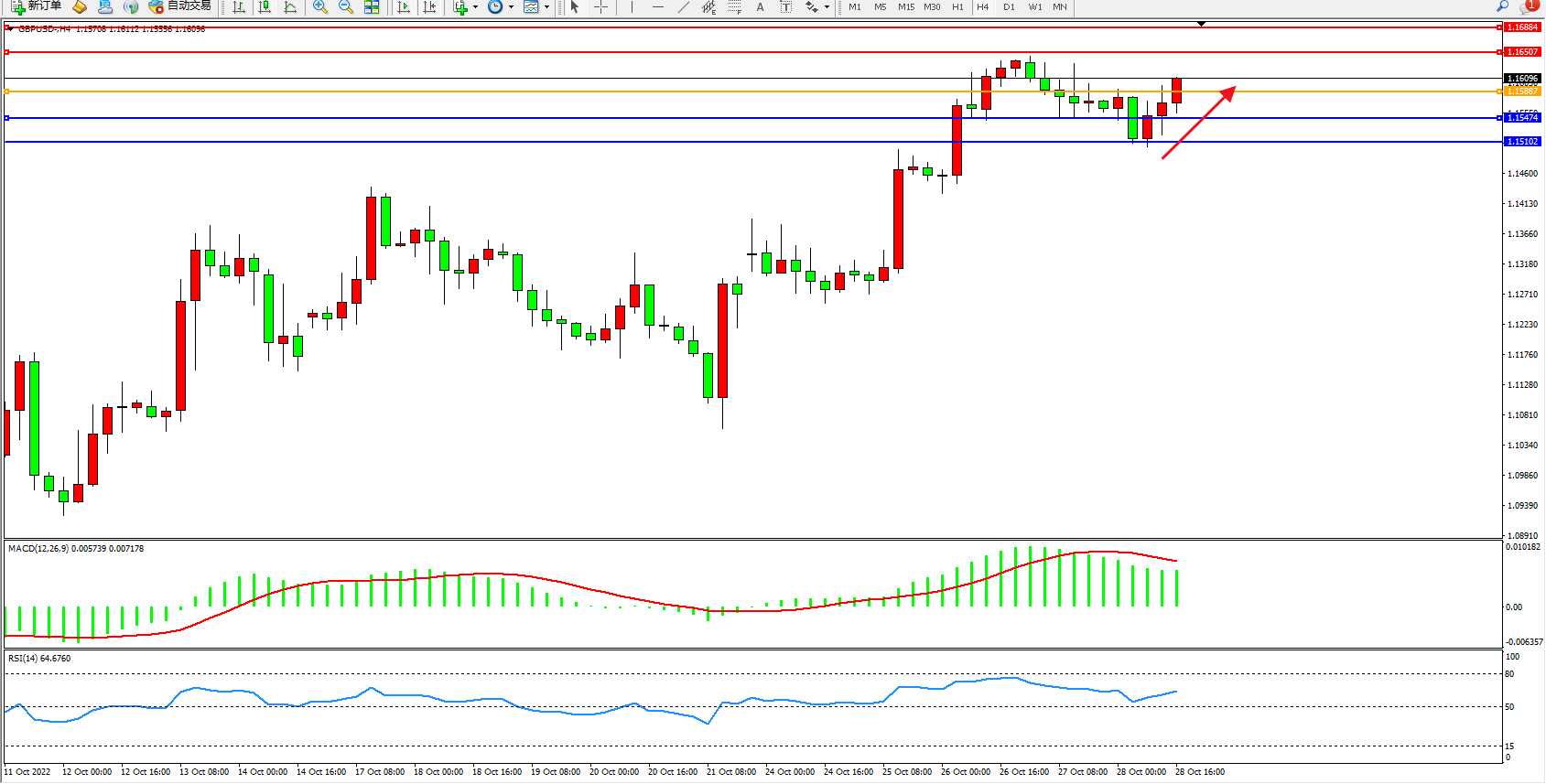