529
USDJPY
Fundamental analysis:
The dollar remained volatile against the yen at 145.622. Japan's foreign exchange reserves continued to decline in October, affected by the largest intervention in yen buying and dollar selling in history. Japan did not secretly intervene in the foreign exchange market in September, but only bought yen and sold dollars in the market on September 22, which was the first time since 1998 that Japan entered the market to discourage the devaluation of the yen.
USD and JPY - 4-hour K line chart shows: 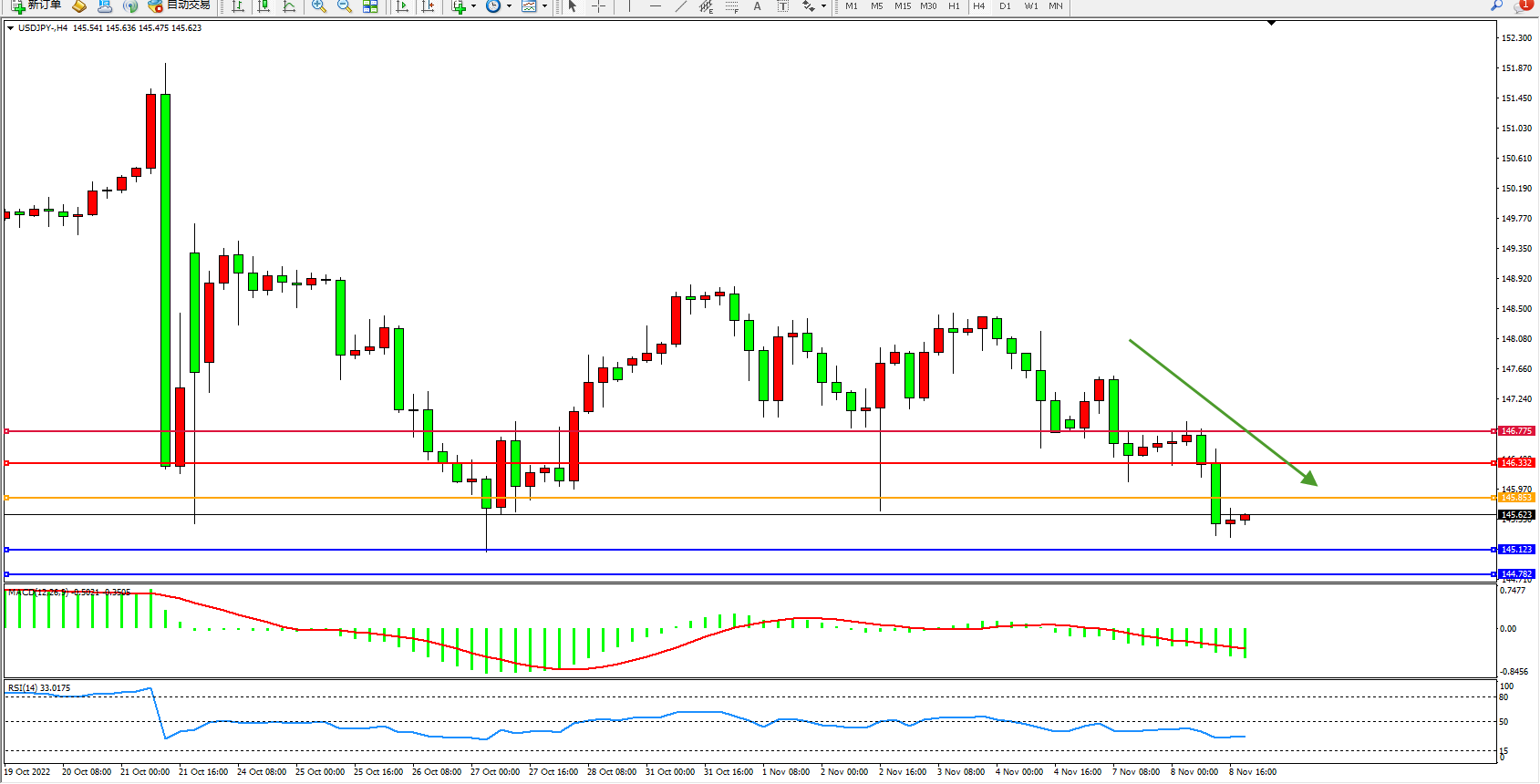