USDJPY: Move up the low position

531
USDJPY
Fundamental analysis:
The US dollar remained volatile against the Japanese yen at 146.415. The yield of the overnight 10-year US government bond fell to 4.121% and the two-year yield was 4.651%. The general decline of the US dollar boosted the recovery of the Japanese yen. It is also rumored that the Japanese government has strengthened its intervention in the yen exchange rate in the form of selling US debt.
USD and JPY - 4-hour K line chart shows: 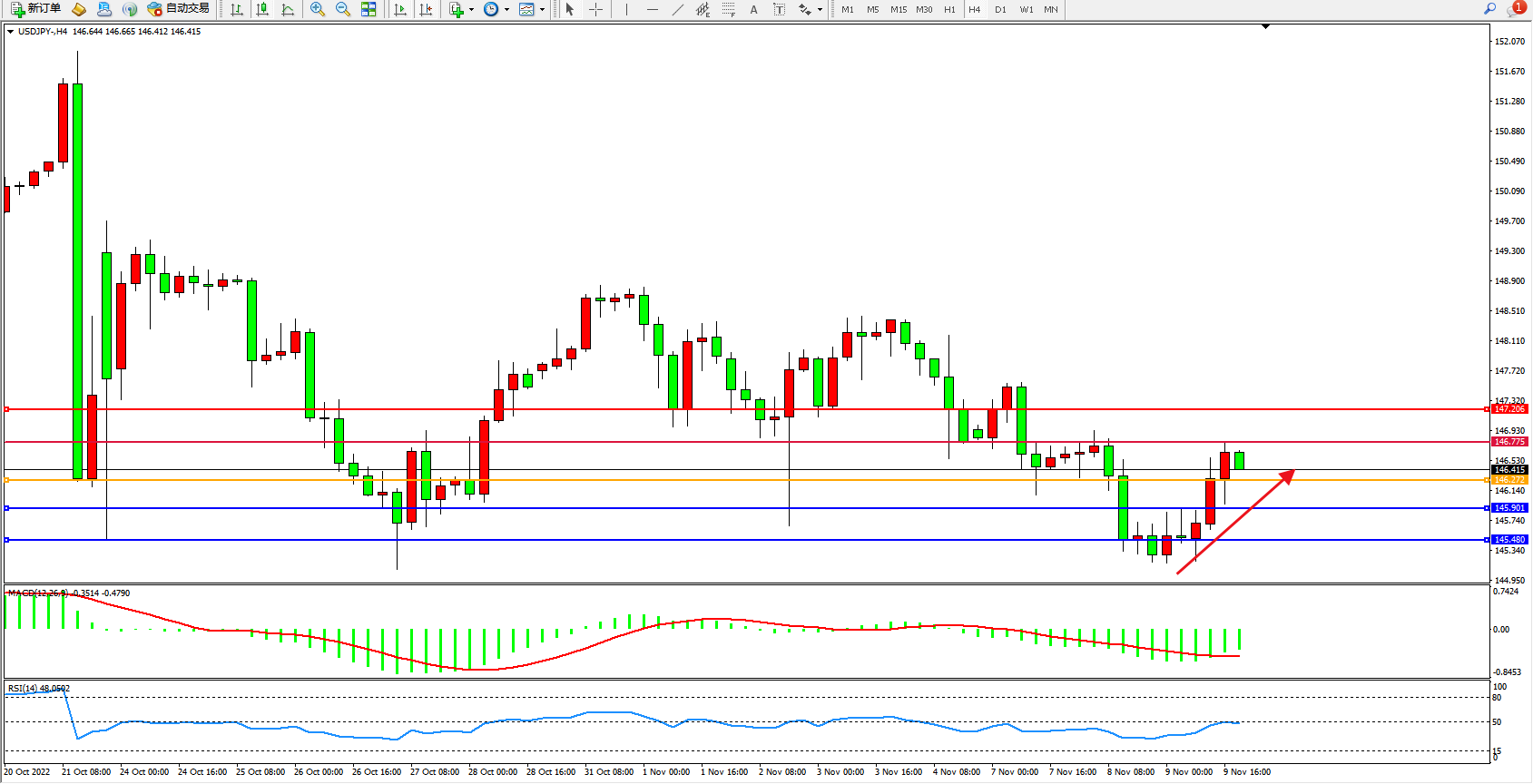