563
USDJPY
Fundamental analysis:
USD/JPY remained volatile around 130.961, and the Bank of Japan may eventually have to raise interest rates into negative territory and end its "yield curve control," which caps 10-year yields at 0.25%, as inflation begins to spread to Japan.
US dollar yen USDJPY - 4-hour K-line chart shows: 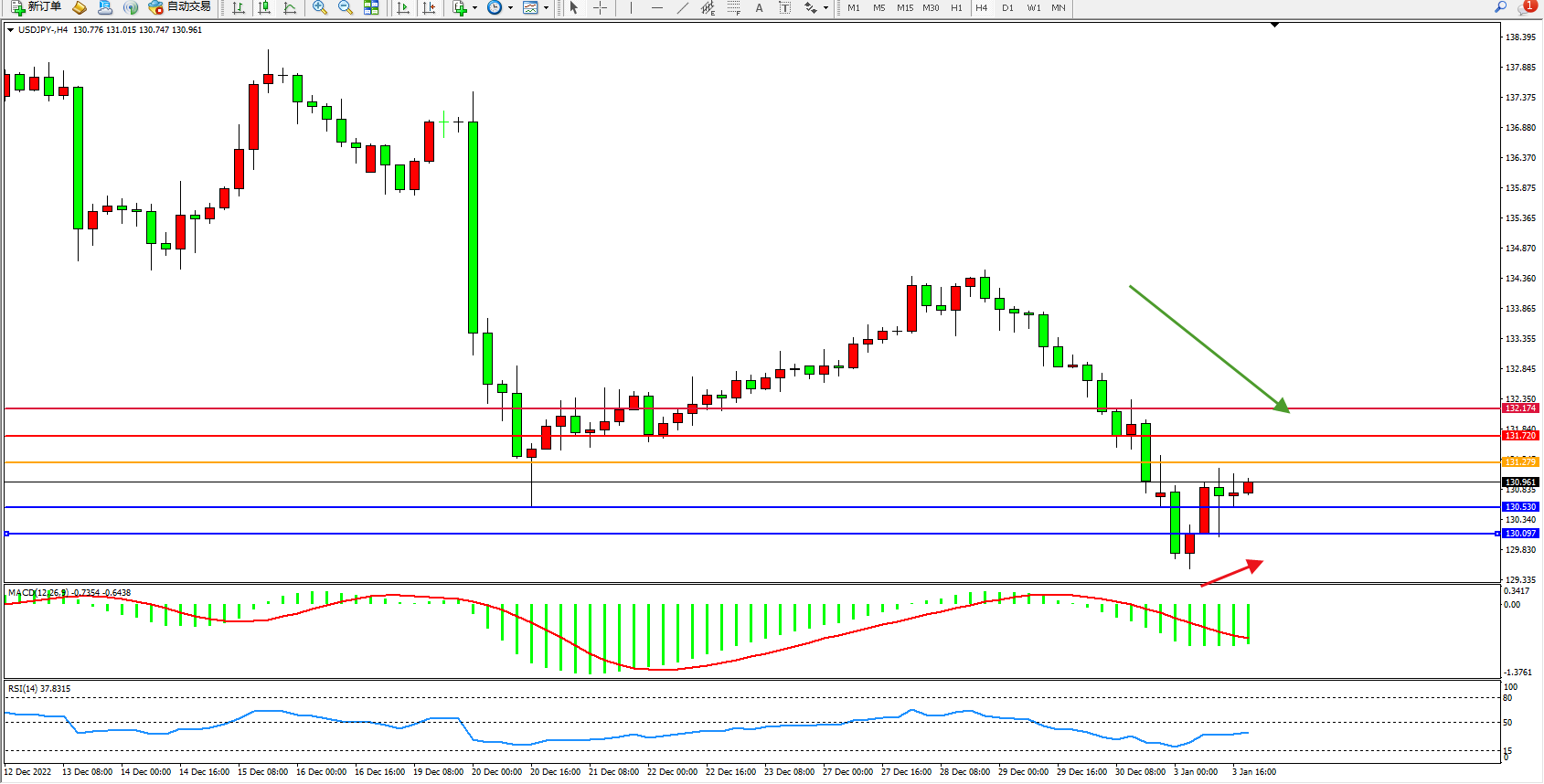