571
USDJPY
Fundamental analysis:
The dollar remained volatile against the yen at 146.773. Junichi Suzuki, Japanese Finance Minister, said that the currency market was driven by various factors. The exchange rate should be stable and reflect the fundamentals. It has no intention of guiding the foreign exchange rate to a certain level by intervening in the market. Monetary policy is determined by the Bank of Japan. The excessive fluctuation of foreign exchange cannot be tolerated, and the Japanese government bonds will be properly managed so that they can be stably absorbed in the market.
USD and JPY - 4-hour K line chart shows: 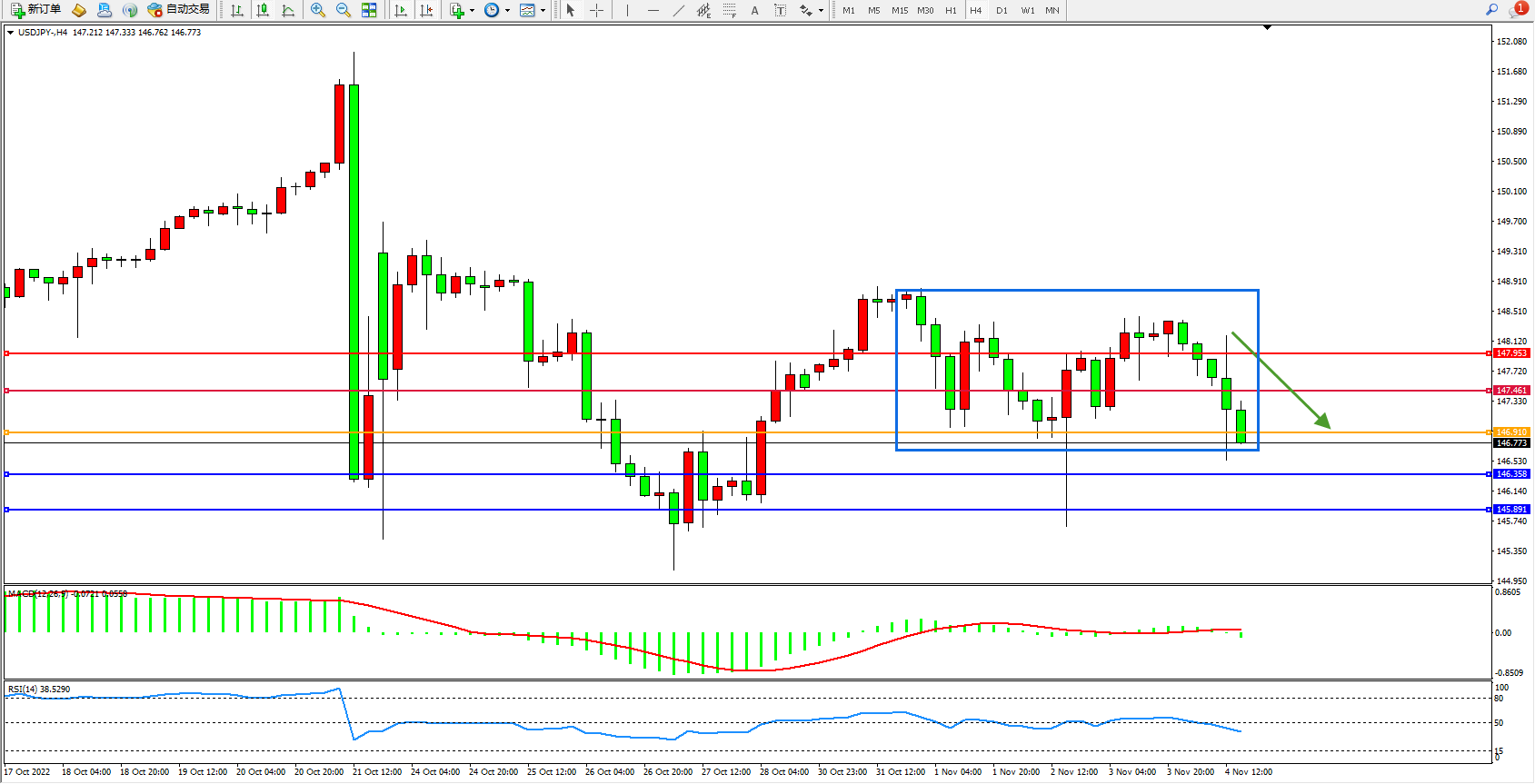