434
USDJPY
Fundamental analysis:
The dollar remained volatile against the yen at 143.056. The Bank of Japan conducted exchange rate review in the foreign exchange market, which was considered as a precursor to intervention in the foreign exchange market. Later, the yen further rebounded from the closely watched 145 level against the dollar and broke through the 144 level.
USD and JPY - 4-hour K line chart shows: 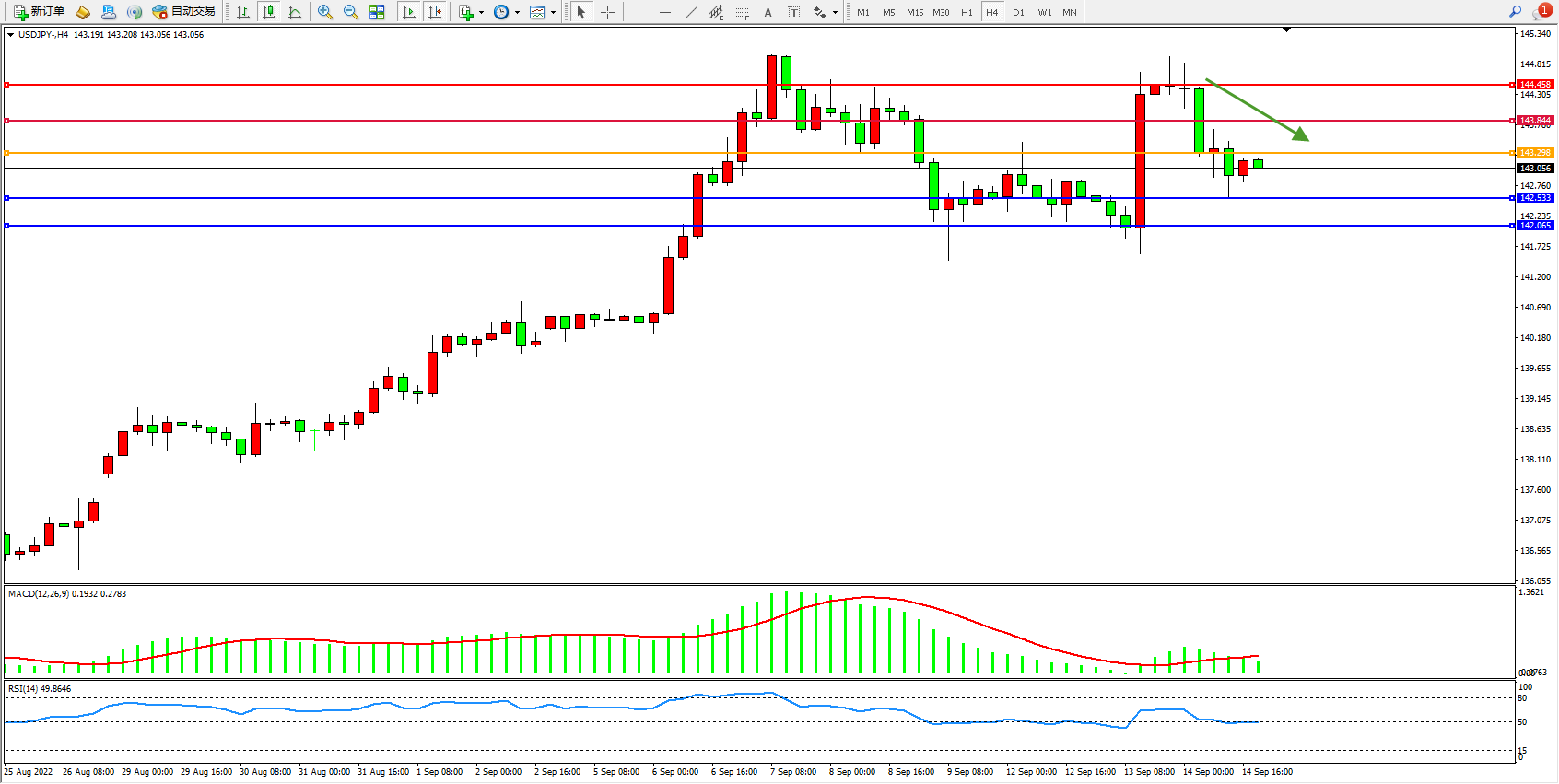