477
USDJPY
Fundamental analysis:
The US dollar fluctuated around 144.086 against the Japanese yen, and Japan's real GDP in the second quarter recorded an annualized quarterly rate of 3.5%, a new high since the fourth quarter of 2021. Japanese funds sold us bonds for nine consecutive months.
USD / JPY - 4-hour K-line chart shows: 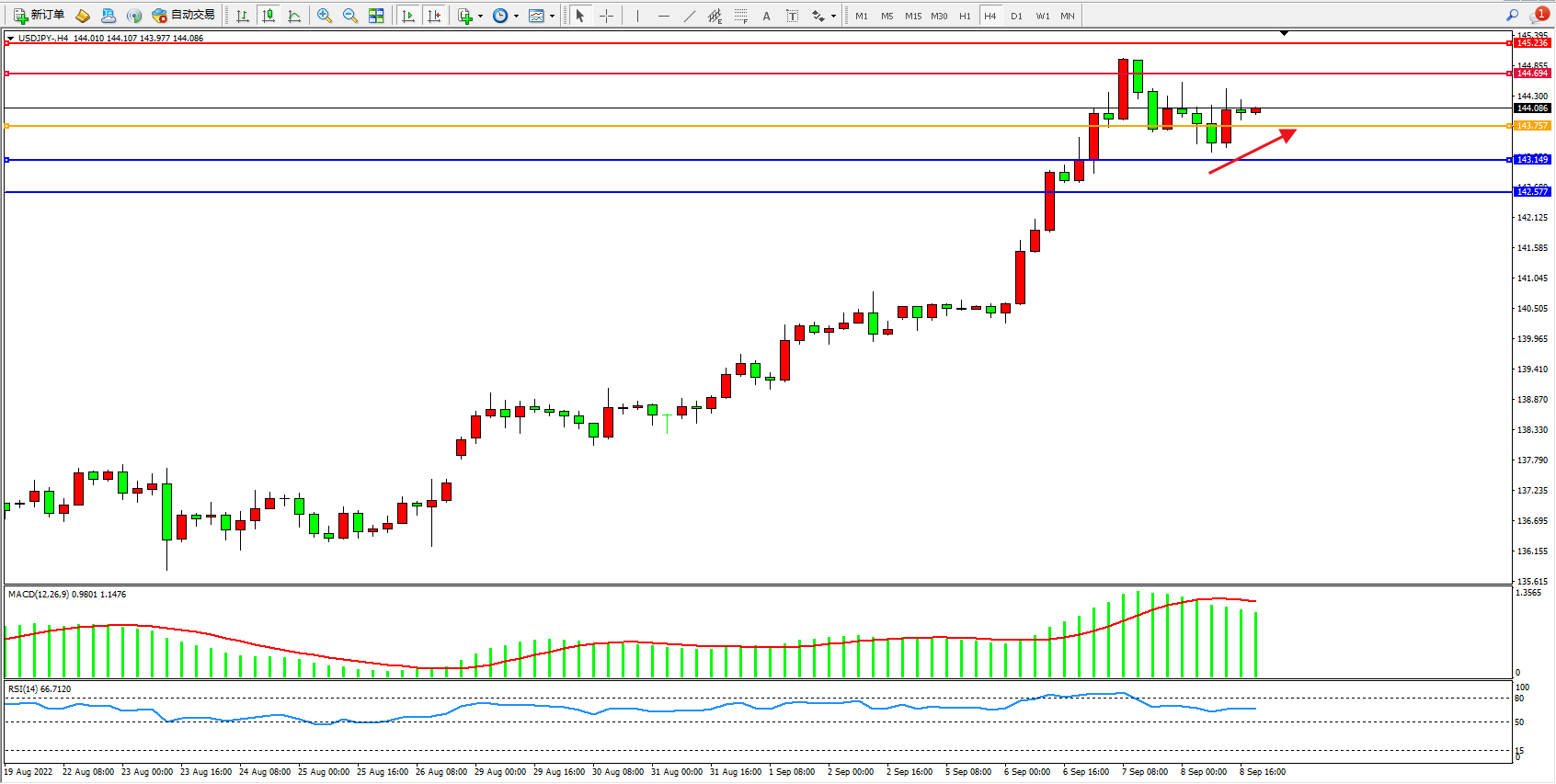