606
USDCHF
Fundamental analysis:
The US dollar/Swiss franc remained volatile at around 0.98553, and the inflation rate was far higher than the target. The Federal Reserve is tightening its policy on a large scale; Moreover, as far as the domestic and international geopolitical situation of the United States is concerned, we live in an extremely uncertain world, so we still believe that the probability of the American economy entering recession in the next 12 months is 35%.
USD/CHF USDCHF - 4-hour K line chart shows: 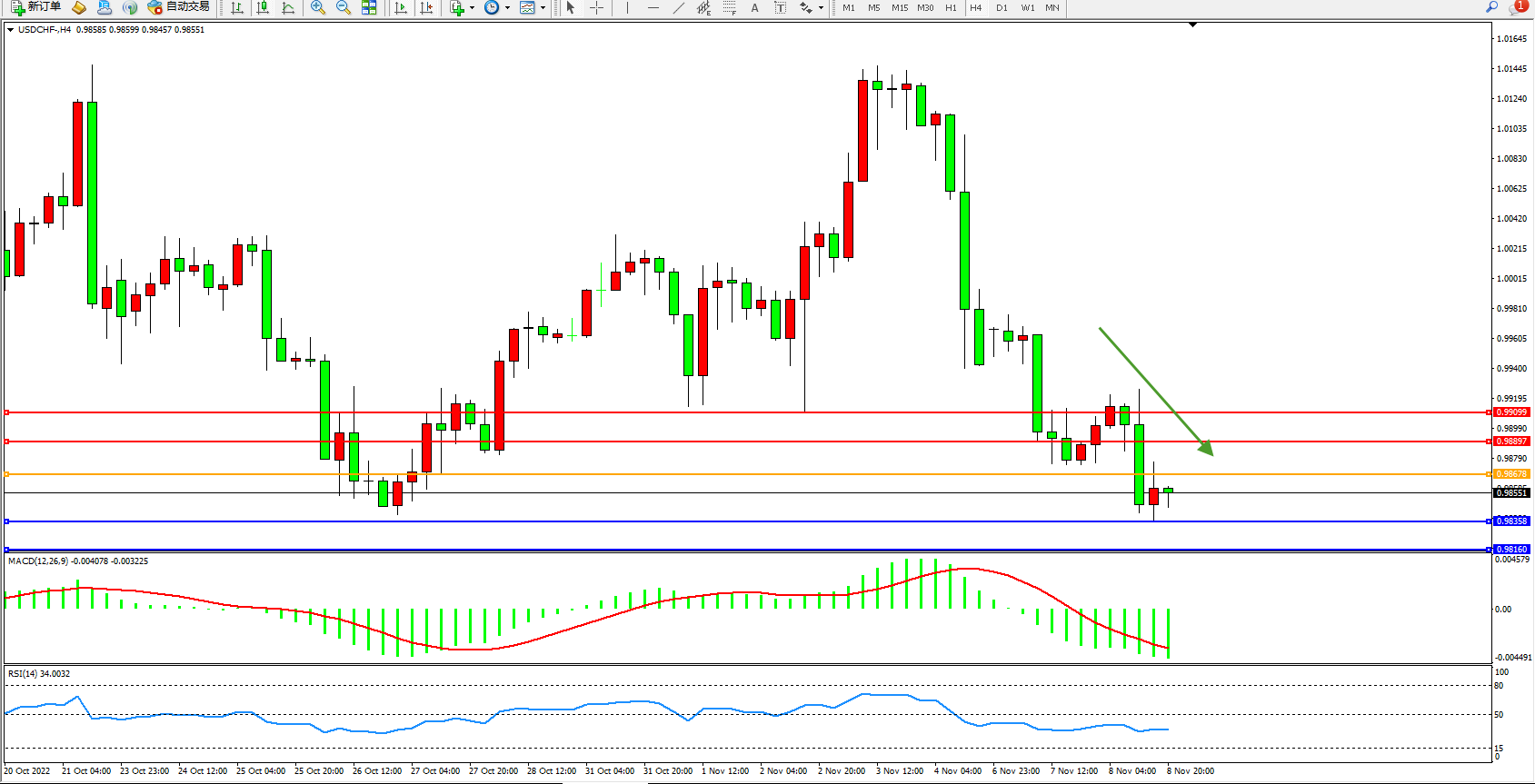