The U.S. mid-term elections kicked off, and gold broke the 1700 mark

In the face of the US mid-term elections and October CPI data, the US dollar index fell below 110, and gold rose strongly and broke through multiple resistances, and won the 1700 mark in one fell swoop. After the gold price successfully bottomed in 1620, it has completely reversed the decline since March, and the road to counterattack may begin here.

In addition to the start of the US mid-term elections, there was no other special news to stimulate overnight, but market data showed that the Fed's interest rate hike expectations have weakened, and the US dollar index further extended the downward trend after last Friday's slump. As the U.S. dollar index fell below 110, the price of gold violently rose above 1700, an intraday increase of more than 2%.

Considering that last week's Fed Chair Powell's hawkish boost to the dollar was limited, and the dollar plummeted after the stronger-than-expected non-farm payrolls data, we can't downplay the changes in last week's policy statement on interest rate decisions.

A new paragraph was added to the Fed's policy statement on November 3: "In determining the pace of future rate increases, the Committee will consider the cumulative degree of monetary policy tightening and the lag of monetary policy's impact on economic activity and inflation. and economic and financial developments.”

Among the three considerations mentioned by the Fed, each of them actually implies that the historical rate of interest rate hikes will be difficult to continue:

The subtle changes in the Fed's stance may have a significant impact on the dollar's trend. If the dollar's rally for more than a year enters a peaking stage, the price of gold will be relieved.

Of course, standing at the node of the US mid-term election, the expectation of the election result hitting the dollar is also an observation angle. Because there is a high probability that a lame government will be formed this time, it may be difficult to achieve consensus on tough measures to fight inflation. In addition, although the Federal Reserve is known for its independent decision-making, it cannot be insulated from politics. Will the defeat of the Democratic Party bring Powell back to his dovish nature?

There may be more important events this week than the mid-term elections - the US October CPI data. Taking into account the base effect, crude oil prices in October did not increase significantly compared to October last year, which means that the CPI will cool down compared to the same period last year. Therefore, if the CPI data this time falls more than expected, the dollar may suffer another setback, and the gold price trend may be even more powerful. 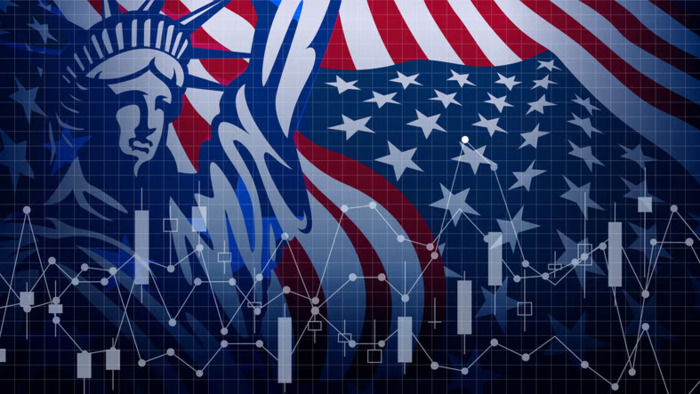 How will the US midterm elections affect the market?

The U.S. midterm elections officially open for voting on November 9, 2022. According to the latest polls, the Republicans will win control of the House of Representatives and have a high probability of winning the Senate.

Power in the Senate is currently balanced, with 50 Republicans and 50 Democrats each. Thirty-five Senate seats are up for election, including a special election in Oklahoma. Republicans only need a net gain of one seat in this election to win the Senate.

While a split government could lead to a political gridlock and paralyze President Biden's agenda for the remainder of his term, that's not necessarily bad news for gold as the Fed may try to offset the damage to the economy with a less hawkish stance. deadlock. So it's no surprise that gold prices rose yesterday, sparked by an upbeat reaction from Wall Street due to a shift in the balance of power in Washington.

The daily chart shows that gold broke through the key resistance level of 1680 in one fell swoop. This level is the turning point of many market conditions since March last year. After breaking through 1680, it has now risen above 1700. In the short term, further upwards focus on the resistance near 1725, and the next target after the breakthrough. Follow 1750. And if it falls and adjusts, the 1700, 1680, etc. below have been transformed into important supports.