Home > Dynamic > The British and Euro...

The British and European economies continue to weaken, and the market has not yet changed

[The Bank of England loosens its policy stance, and the British pound may fall accordingly]

The Bank of England will not raise interest rates as much as the market expects, and the pound may face a decline in the future. But sterling's performance also depends on risk sentiment. A weakening of the Bank of England's monetary policy would itself be negative for GBP and pose an upside risk for EUR/GBP, especially with the ECB's recent announcement that it is firmly committed to aggressive rate hikes ahead. But risk sentiment is also important for sterling as it can offset the impact of yield spreads.

[The British government will submit an anti-strike bill to Parliament]

British Business Secretary Grant Shapps said that he will submit an anti-strike bill to the British Parliament on the same day. The bill requires some union members to work even during strikes and is designed to ensure minimum service standards in the public sector during strikes. On the 10th, due to the failure to reach a consensus with the Scottish regional government on the salary dispute, elementary school teachers from several unions in Scotland went on strike, resulting in the closure of a large number of schools in the area. In addition, secondary school teachers in Scotland plan to strike on the 11th. 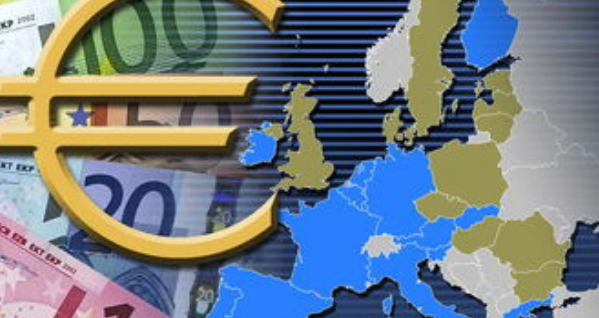 [Although the pound is bleak, there are still positive factors]

Sterling has been resilient at the start of 2023, despite dim expectations for the UK economy as strikes ravage the health, transport and education sectors. Several factors are supporting the pound, including expected interest rate differentials and a possible end to the post-Brexit trade conflict with the European Union. Bank of England chief economist Peel said on Monday that the UK faces the risk of persistent inflationary pressures, which means further interest rate hikes may be needed. That suggested a hawkish stance despite speculation that the Bank of England may be nearing the end of its tightening policy as the economy struggles.

Economic Affairs Commissioner Gentiloni said in an interview that the EU needs to introduce new measures to support the energy transition of European companies in order to deal with the impact of US government subsidies to US companies. According to the report, Gentiloni believes that almost all EU countries have entered recession since the end of last year, and the US "Inflation Cutting Act" has caused the economic disaster to the greatest extent. He said that American companies have been able to receive huge subsidies from the government since January this year, and the EU must also establish its own subsidy fund this year to improve the competitiveness of enterprises. He also pointed out that in the context of the energy crisis, energy prices in Europe are already higher than those in other parts of the world. Without support policies, European companies may relocate to other places, causing a large number of unemployment within the EU and causing the European economy to quickly fall behind.

The euro zone labor market showed resilience in the fourth quarter of 2022, but unemployment is set to rise in the coming months as the effects of the economic downturn spread. Leading indicators such as survey data suggest that demand for labor is weakening as companies still face high input costs and brace for weak demand and a technical recession. Government support should prevent a sharp spike in unemployment, which is why the agency expects unemployment in the euro zone to edge up to 6.7% or 6.8% at the end of the first quarter from 6.5% in November.

ECB executive Schnabel: green our bond holdings stock, including public sector bonds, as well as our lending operations and mortgage framework,: the current restrictive monetary policy stance will enable society to benefit from it by restoring price stability To benefit in the long term, financing conditions will need to become stricter, and using higher interest rates as a scapegoat to further delay the green transition would be misleading, for example, green targeted lending operations could be a tool, but they are not an option in the near term.