GBP/USD continued to climb, closing at around 1.18523, and bullish sentiment in the market began to emerge, but fears of a British recession have always put pressure on GBP. In the current wave of interest rate hikes in Europe and the United States, the Bank of England took the lead in raising interest rates as early as the end of last year, but the rate of interest rate hikes lags behind the Federal Reserve and the European Central Bank. 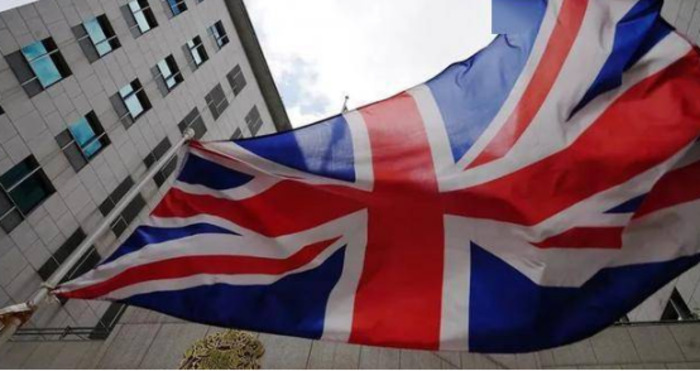 The Bank of England has promised that bond purchases will be temporary. In order for the central bank to deliver on its promise of a temporary nature, the sell-off of these positions must be timely. "Based on ongoing market monitoring and intelligence, the central bank judges that it is appropriate to begin unwinding positions before the end of the year."

Unlike the Bank of England's quantitative tightening (QT) action to reduce its holdings of bonds purchased during quantitative easing (QE), the Bank of England will not sell the above-mentioned British government bonds at a fixed time, but will determine the specific sales scale according to market demand. It said the sell-off was planned to be a "demand-based, timely but orderly" unwinding of recent gilts bought for financial stability.

The central bank will decide at its own discretion whether to accept any bids for bond purchases, based on its assessment of demand patterns. The basic principle is that the central bank will only accept bids that it deems attractive compared to prevailing market levels. The announcement means that the Bank of England's emergency bond-buying program has begun to be lifted.

At its November rate meeting, the Bank of England projected that inflation would peak at around 11% in the fourth quarter of this year and fall to zero by 2025. The Bank of England stressed that medium-term inflation risks remain skewed to the upside. It may even be "strong" if inflationary pressures persist, or more rate hikes are needed. The new British Prime Minister Sunak also said: "Tackling inflation will be the current focus of policy."

The chief economist of the Bank of England admitted that it was a mistake to implement QE during the epidemic, and the printing of money caused British inflation to soar. Bank of England chief economist Huw Pill testified before the House of Lords Economic Affairs Committee on Tuesday that the current high inflation in the UK is mainly caused by soaring gas prices in Europe. But it also admitted that the 450 billion pounds of quantitative easing policy by the Bank of England during the epidemic was also an important factor in fueling inflation.

More and more people believe that the British economy has fallen into a quagmire. In recent months, the country's PMI has continued to fall. Under the pressure of inflation, retail sales in August and September fell respectively. The agency predicts that the UK GDP will shrink in the third quarter to be announced on Friday. 0.5%, the challenge for the UK government and the central bank is getting tougher. State Street EMEA head of macro strategy Tim Graf said peak rates could be closer to 4% to 4.25%. "The central bank's message is clearly dovish and the economy is already in recession, expected to last into 2023, limiting the need for a significant rate hike. Next, the focus will shift to the autumn budget report." 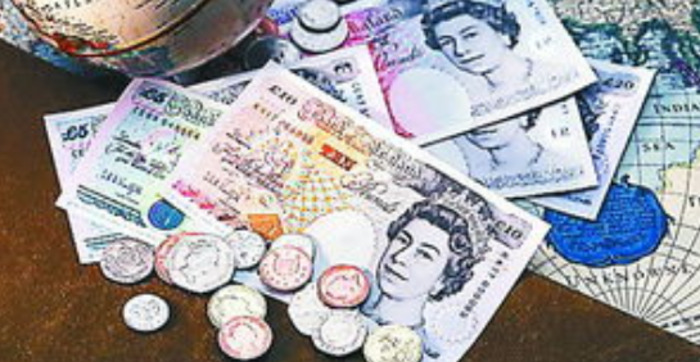 Former British Prime Minister Truss' cabinet was forced to make a 180-degree turn under pressure. On October 14, Tesla announced that it had ousted Covoten, who advocated tax cuts, and cancelled the company tax plan that cost up to 18 billion pounds to freeze, maintaining the British company tax at 25%. Britain's new Chancellor of the Exchequer, Hunt, unveiled a so-called "sustainable" fiscal plan three days later, completely reversing the direction of Truss' aggressive tax cuts, scrapping almost all of them.

UK economic activity contracted at its fastest pace in nearly two years in October, except for builders reporting their first drop in new orders since May 2020, further signaling a recession; S&P Global/Cips UK industry-wide purchasing manager for October The People's Index (PMI) fell to 48.7 from 49.4 the previous month, the lowest level since January 2021 and well below 50, which indicates that most businesses reported contraction.

With interest rates rising sharply, construction output "is likely to continue to decline as projects become more expensive, putting pressure on supply chains and distribution," said Kelly Boorman, partner and national head of construction at RSM UK. package creates further pressure." She expects the UK economy to contract by 0.5% in the third quarter, before a similar contraction in the fourth quarter as consumers cut back on spending in the face of high inflation and rising mortgage bills.

The bullish momentum has risen strongly, the bullish sentiment in the market continues to move upward, and the short-term bullish sentiment is in good shape. The top suppresses and focuses on the vicinity of 1.22020, and the low-level support focuses on the vicinity of 1.13810. The MACD indicator is arranged on the upper side of the 0 axis, and the RSI indicator is hovering at the 50 equilibrium line. picture: 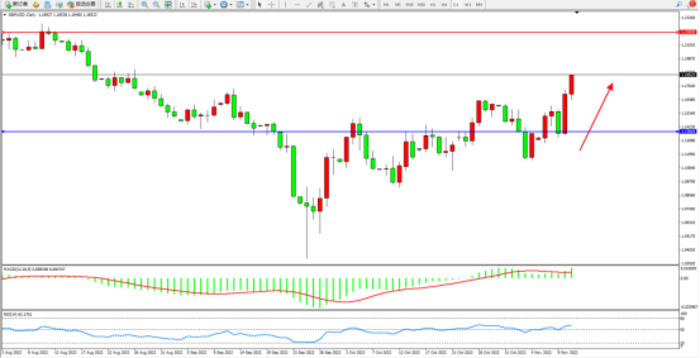 [Disclaimer] This article only represents the author's own views, and does not provide any express or implied guarantee for the accuracy, reliability or completeness of the content, and does not constitute any investment advice. Please read it for reference only and bear all risks. with responsibility.