Oil expectations continue to decline, US SPR may not be implemented until fiscal 2023

The International Energy Agency (IEA) on Wednesday cut its forecast for growth in crude oil demand this year due to concerns about an economic slowdown. The U.S. Department of Energy said the plan to replenish the Strategic Petroleum Reserve (SPR) does not include a price-trigger mechanism and is not likely to be implemented until after fiscal 2023.

When oil prices fall to around $80 a barrel, the U.S. government may start buying crude to replenish emergency strategic oil reserves, according to people familiar with the matter. Biden administration officials are considering the timing of such actions to protect U.S. oil production growth and prevent crude prices from plunging.

As of the week of September 16, the number of oil rigs in the United States increased from a decrease to an increase of 8 to 599. 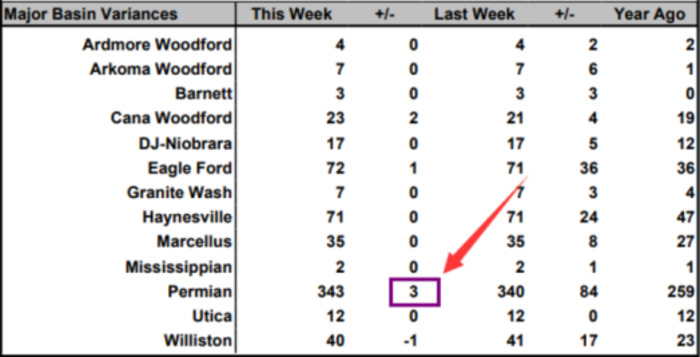 The data shows: ① The number of onshore platforms has increased by 3, and the number of onshore water platforms has increased by 1, while the offshore platforms remain unchanged. ② The Utica area remains unchanged. ③ 3 units were added in the Permian region, the main producing area of Yeyan oil. The Marcellus area, the main producing area of Yeyan gas, remains unchanged.

This week, the number of oil rigs turned from a decrease to an increase, or because drillers believed that market demand was improving and increased production to replenish inventories.

The major investment banks are currently divided on the outlook for oil prices. Morgan Stanley and UBS lowered their Brent crude price forecasts for the current and next quarters. Morgan Stanley analysts said in a note: “We do not expect a sustained uptick anytime soon, but estimate that the risk/reward outlook has improved again, and the structural outlook for oil markets remains tight, but for now, this is cyclical. Sex demand headwinds offset that.”

The recent OPEC monthly report shows that oil futures prices in August continued their downward trend, falling to about 6-month lows, due to rising volatility and low market liquidity, which was reflected in the total unbalanced price of the two major futures contracts, ICE Brent and MYMEX WTI. Position equity further declined. 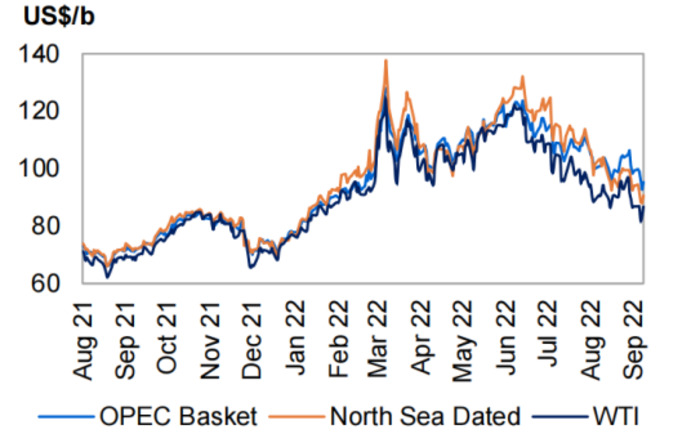 Market sentiment is mainly focused on the impact of slowing growth in the global economy and oil demand as well as tightening monetary policy. However, compared to the previous month, oil market fundamentals remained relatively strong with no major changes, as the outlook for global oil demand in 2022 and 2023 forecast by major agencies was robust.

The market structure of all three major oil benchmarks - ICE Brent, NYMEX WTI and DME Oman - remained in backwardation in August. However, the futures forward curve has flattened considerably compared to June and July, especially on the most recent time lag, as concerns over short-term oil supply shortages have eased and traders have turned their attention to the short-term oil demand outlook of uncertainty.