Gold tumbles ahead of Fed decision

On Monday (October 31), Nick Timiraos, a well-known reporter known as the "New Federal Reserve News Agency", said that high interest rates will continue for longer, triggering expectations that the Federal Reserve will continue to raise interest rates hawkishly. There is no doubt that the current financial market is in a situation imposed by the Federal Reserve. In the interest rate cycle, the trends of gold and the US dollar show a close negative correlation, and the gold bulls have further lost their support. If the key support falls below $1,615 per ounce, it may open a larger level of sudden decline!

Gold one of the weakest in October

At the beginning of this week, the US dollar index continued to decline after hitting a new high of 114.78 in more than 20 years on September 28, reaching the lowest drop on October 27, due to profit taking, the Fed's suggestion that it would slow down the pace of interest rate hikes, and the recovery of risk appetite. To 109.54, it once fell by about 4.5% from high to low. During the period, the three major U.S. stock indexes rose significantly. The Dow Jones Industrial Index soared by more than 14% so far in October. Whether it will hit the largest monthly increase after the "Great Depression" remains uncertain, but it will likely hit the largest single-month increase in points in history.

In addition, many major non-U.S. currencies have strengthened against the U.S. dollar to varying degrees over the past month; WTI crude oil also recorded a monthly increase of nearly 10%.

However, gold has fallen by about 1% so far in October, and several attempts to counterattack have been unsuccessful in the end. Obviously, the performance of gold in the past month does not match the decline of the US dollar index, and it is significantly weaker than other varieties that are negatively correlated with the US dollar.

When the U.S. dollar continued to fall recently, the price of gold failed to regain its lost ground. Once the dollar bulls continue to make a comeback in the market outlook, gold may face a larger-scale sell-off. 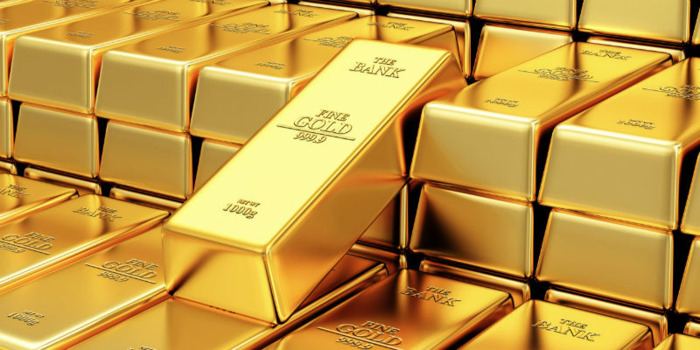 The Fed's interest rate decision becomes the key to the trend

At 02:00 a.m. on Thursday (November 3), the Federal Reserve’s FOMC announced its interest rate decision and policy statement, and Fed Chairman Powell held a monetary policy press conference at 02:30. Whether gold opens up the upside in one fell swoop, or continues to decline, the Fed's interest rate decision in November will give the answer.

At present, the market has fully priced in the Fed's expectation of a 75 basis point interest rate hike in November, which means that if the bank raises interest rates by 75 basis points as expected, gold is unlikely to be under pressure. In addition, the Fed may indicate in its policy statement that it will slow down the pace of interest rate hikes in December this year or early next year, which is also expected by investors. The dollar also expanded the retracement since the end of September, but gold did not take the opportunity to rebound sharply, and the rebound was always subject to the $1,680 line.

Judging from the performance of CPI and PCE data in October, the Fed is unlikely to stop raising interest rates anytime soon. Splitting one rate hike of 75 basis points into two rate hikes (ie, 50+25) will not affect the terminal rate level, nor will it change the nature of the Fed's aggressive rate hikes.

For the Fed's interest rate decision, a big thing to watch may be the bank's attitude towards the economic outlook. If the Fed clearly expresses its concerns about a recession, it may be interpreted that the bank will end the current rate hike cycle earlier, thereby weighing on the dollar and boosting gold; , and re-emphasized the importance of curbing inflation, it is expected to bring strong support for the dollar, thereby further suppressing the price of gold.

Judging from data such as the initial value of the US GDP in the third quarter, the US economy is quite resilient, and the Federal Reserve still has the confidence to hold a relatively positive view on the economic outlook.

There are various indications that the current investor confidence in gold is relatively low, and the price of gold may be difficult to get rid of the decline since March this year, and the technical aspect also implies that the probability of the price of gold to continue to decline is high.

The daily chart of gold shows that since the peak at the beginning of the year, the price of gold has shown a good downward trend all the way, and is currently forming a short-term platform consolidation at the 1615 line. Further downside towards 1550-1500

At the same time, the current strong pressure above is at 1680. If it breaks above this level, it is expected to confirm a staged bottom, and the market outlook will look at 1730-1800.