In its 2023 macro outlook, Goldman Sachs predicts that the UK's real gross domestic product (GDP) will shrink by 1.2% in 2023, far below the growth rate of other major economies in the Group of Ten (G10). The UK economy will grow by 0.9% in 2024. Its forecasts for the U.K. economy were below consensus, which calls for a 0.5 percent contraction this year and a 1.1 percent expansion next year. However, the Organization for Economic Cooperation and Development (OECD) also believes that the UK's growth rate in the next few years will lag far behind other developed countries. Despite facing the same macroeconomic headwinds, the UK will perform more like Russia than any other G7 member. 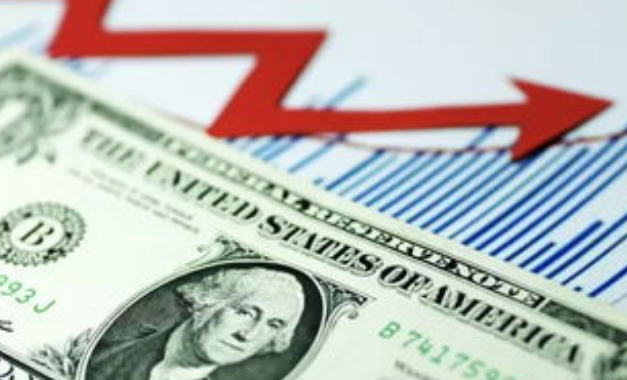 Adding to concerns about upward price pressures, the Bank of England said business leaders expect inflation to accelerate and wage growth to strengthen in coming years. The Bank of England said its monthly survey of business policymakers showed expectations for the UK consumer price index (CPI) for the year ahead rose to 7.4% last month from 7.2% in November; wage expectations rose 0.5 percentage points to 6.3%.

While a slowdown in inflation in the continent's largest economy and elsewhere will boost market optimism, it may not dampen expectations for rate hikes by the European Central Bank - which last month pledged to raise deposit rates below the current 2 percent level. superior. At present, many members of the European Central Bank's Governing Council expect the pace of interest rate hikes in February and March to maintain the pace of 50 basis points.

[The worst consumer price surge in the euro zone has peaked]

The market is more hopeful that the worst consumer price surge in the euro zone's history has peaked. Eurostat data said December inflation was 9.2% (year-on-year), mainly due to slower growth in energy costs. The figure reflects slower price growth in countries including Germany, France, Italy and Spain. The latest inflation figure was below the 9.5% consensus estimate by economists. With the addition of Croatia, the number of countries in the euro zone rose to 20 from 19 this month. Before that, the German government paid the gas bills of some German households to buffer energy prices that have continued to soar since the Russia-Ukraine conflict.

Fears of a global recession also supported the dollar. Purchasing managers' indices from the U.S. and China point to a slowdown in both economies. Based on the earlier-than-expected reopening of China's borders, this could fuel a stronger economic rebound this year after herd immunity is achieved. China will reopen its borders from January 8. Market forecasts raised China's 2023 GDP growth forecast to 5.2% from 4.8% previously.

U.S. employment data showed that the employment situation in December remained strong, but failed to create a sensation in the market. The data showed that non-farm payrolls increased by 223,000 in December. Also, U.S. services sector activity contracted in December for the first time in nearly three years, providing evidence that inflation is easing. The dollar index fell 1 percent against a basket of currencies, with benchmark U.S. Treasury yields near their lowest in nearly two weeks. The U.S. jobs data is another sign of a gradual slowdown in the economy, and if that continues, the Fed could lower interest rate hikes to 25 basis points at its next policy meeting.