463
DJ30
Fundamental analysis:
The Dow Jones index closed down 280.17 points, or 0.88%, at 31510.70 on Wednesday, August 31; The growth of ADP employment in the United States in August was ahead of the expected value, but not as expected. Officials of the Federal Reserve have repeatedly reiterated that even if the economic growth is blocked and the unemployment rate rises, inflation is still the main threat to the US economy. The Federal Reserve will adhere to the current policy of substantial interest rate increase until it is confirmed that inflation really begins to fall.
Dow Jones index dj30 - 4-hour K-line chart shows: 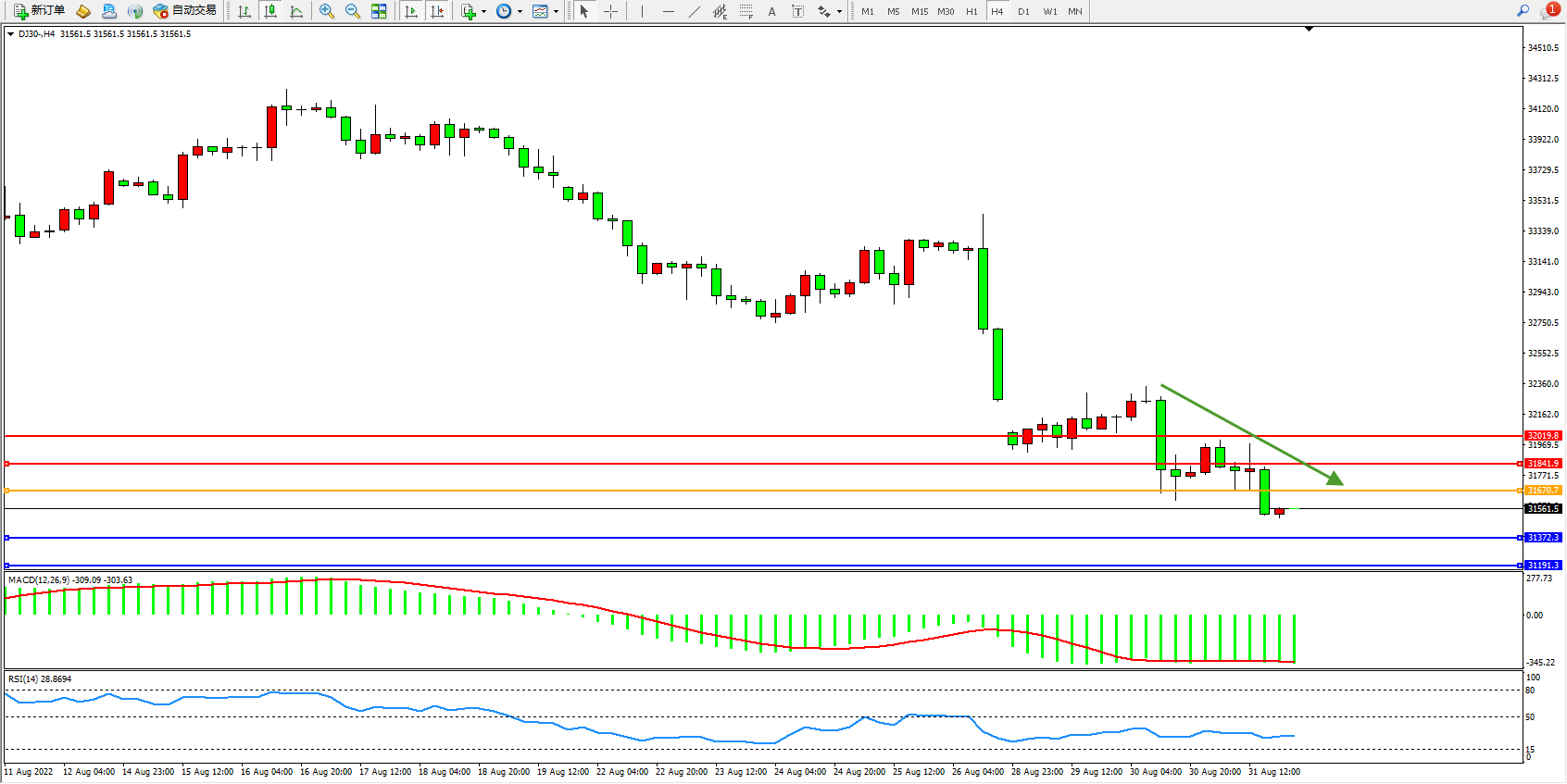 Technical analysis:
According to the 4-hour chart, the power of low-level short positions maintained a downward trend, the low-level narrow range consolidation continued to move downward, the MACD index maintained a consolidation and translation in the short area, and the RSI index maintained a weak wandering in the short area;
Long and short turning point: 31670
Pressing position: 31841, 32019
Support position: 31372, 31191
Trading strategy: bearish below 31670, targets 31372 and 31191
Alternative strategy: bullish above 31670, targets 31841 and 32019