448
DJ30
Fundamental analysis:
The Dow Jones Index closed up 197.26 points, or 0.64%, at 31019.68 on September 19 (Monday); Goldman Sachs lowered its estimate of U.S. GDP in 2023 because the Federal Reserve will adopt a more active tightening monetary policy in the rest of this year, and believes that this will push the unemployment rate higher than previously expected.
Dow Jones DJ30 - 4-hour K chart shows: 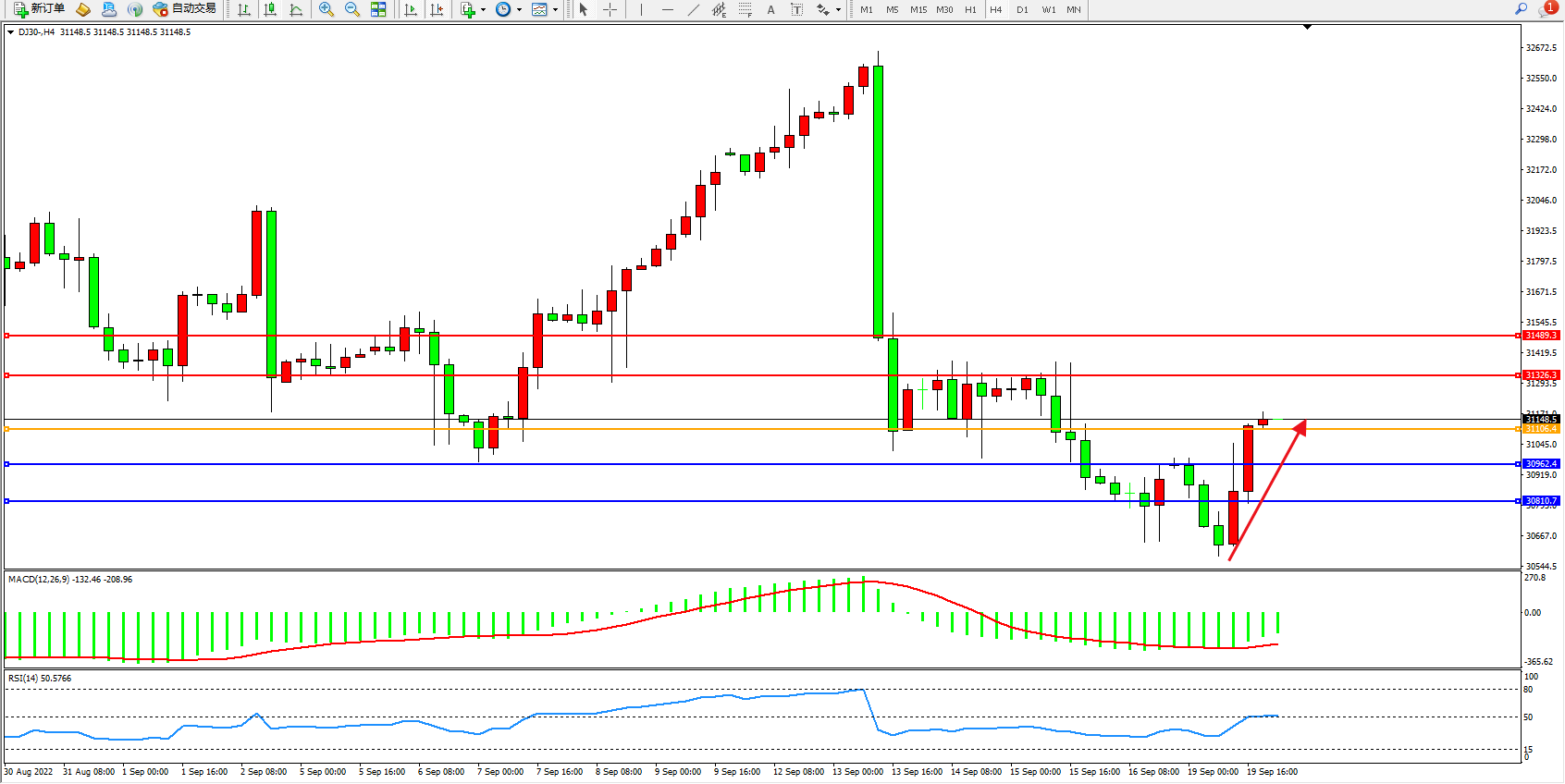 Technical analysis:
The 4-hour chart shows that the bearish momentum has maintained its downward trend, and the low position has been supported to rise rapidly. Short term bullish sentiment has begun to emerge. The MACD indicator is in the bearish area and maintains its upward movement, while the RSI indicator is in the weak position near the 50 equilibrium line;
Empty turning point: 31106
Pressing position: 31326, 31489
Support position: 30962, 30810
Trading strategy: 31106 upside bullish, target 31326, 31489
Alternative strategy: 31106 lower bearish, target 30962, 30810