444
AUDUSD
Fundamental analysis:
The Australian dollar remained volatile against the US dollar at 0.66874. The Federal Reserve of Australia was prepared to raise interest rates again to curb high inflation, but it believed that with interest rates approaching a more normal level, it was reasonable to slow down the pace of interest rate increases.
AUDUSD AUDUSD - 4-hour K line chart shows: 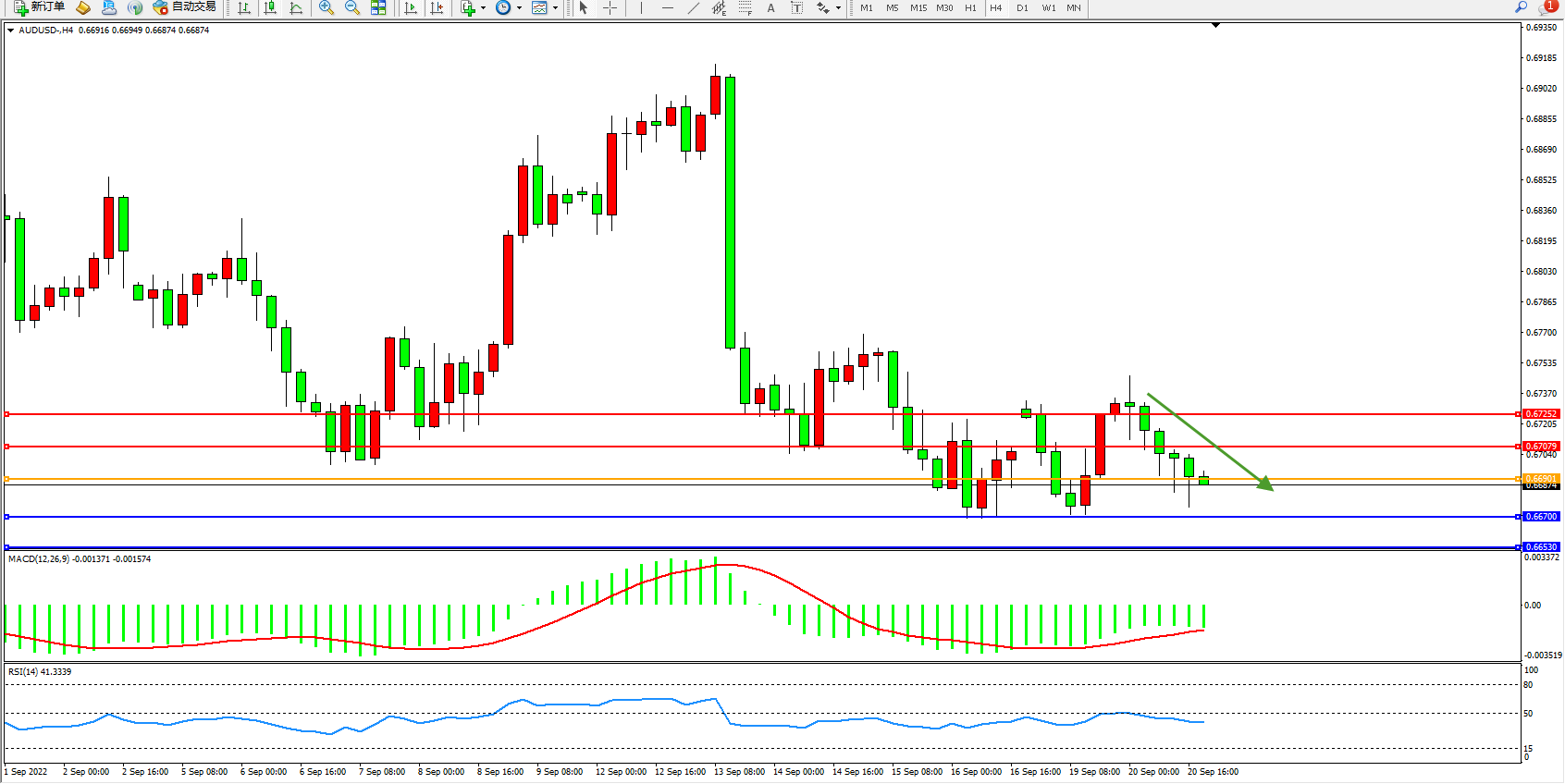