519
AUDUSD
Fundamental analysis:
The Australian dollar remained volatile against the US dollar at 0.67346. Boosted by unexpected income from soaring commodity prices, Australia's budget deficit in fiscal year 2023 will be less than half the level expected by the previous government in March. Data released on Tuesday showed that the potential cash deficit would be A $36.9 billion by June 2023.
AUDUSD AUDUSD - 4-hour K line chart shows: 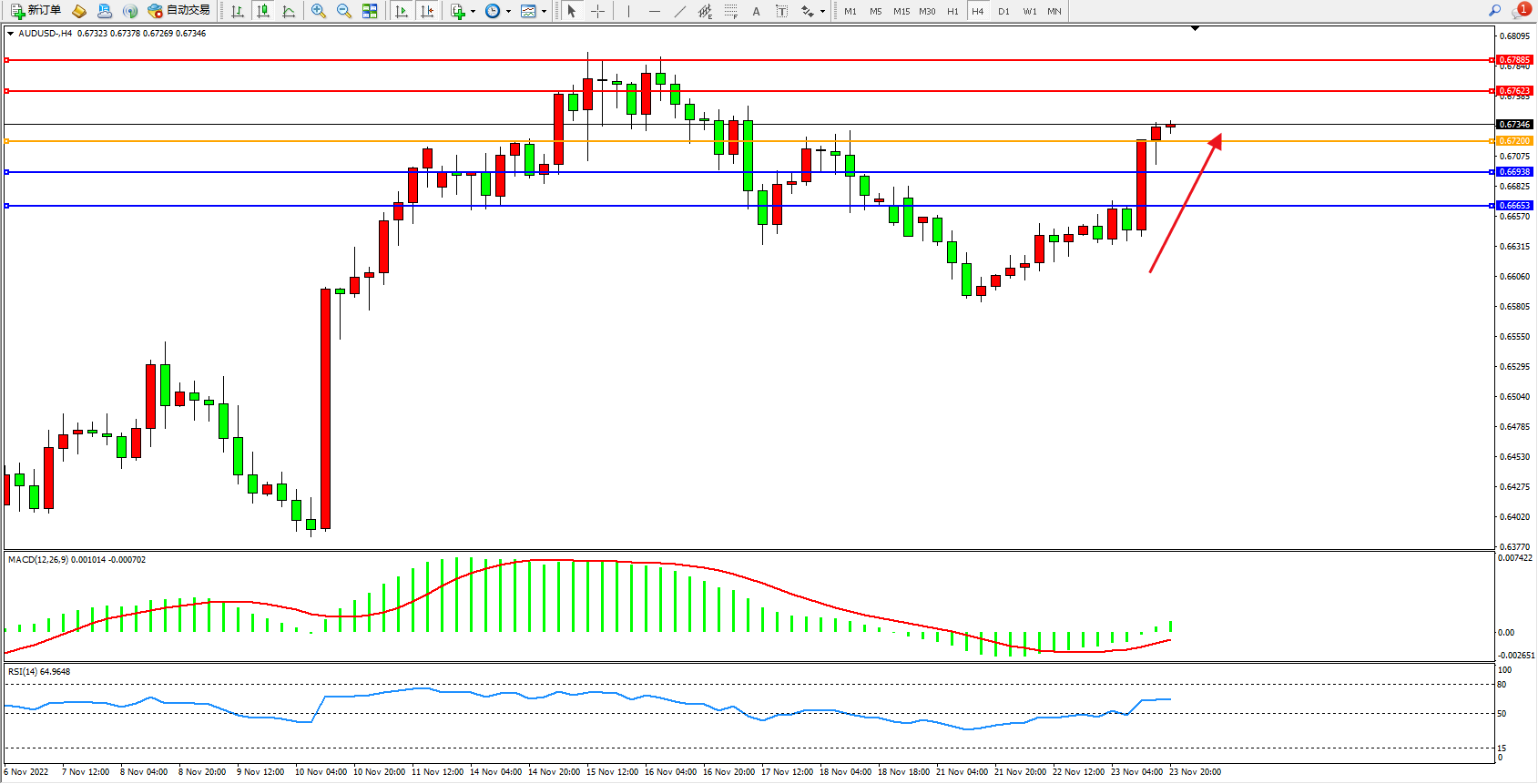