Home > Dynamic > Analysis of US Presi...

On September 13, 2022, the U.S. CPI data for August was hotly released, up 8.3% year-on-year, and U.S. stocks plunged rapidly. When market investors were heatedly discussing that the Federal Reserve will further raise interest rates to deal with inflation, the White House of the United States timely released the President's Faith. Den's latest statement as a formal response, the full text of which is as follows: 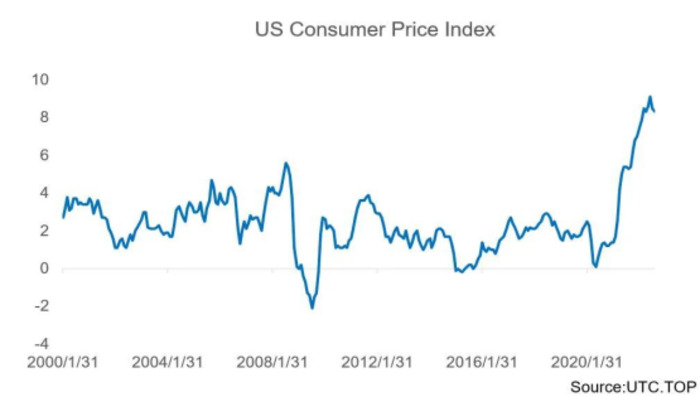 Data today showed that the U.S. economy has made more progress in reducing global inflation. Overall, prices in our country have remained largely stable over the past two months: good news for American households, and a sign that there is more work to be done. Gasoline prices have dropped an average of $1.30 a gallon since the start of the summer. This month, we saw price increases in grocery stores moderate from the previous month. Real wages rose for the second month in a row, giving hardworking families a little breathing room.

It takes more time and determination to reduce inflation, which is why we passed the Inflation Reduction Act to reduce the cost of health care, prescription drugs and energy. My economic plan shows that we are creating good-paying jobs and bringing manufacturing back to America as prices come down.

Link this statement to the "Chip and Science Act of 2022" signed by US President Biden on August 26, and the executive order to encourage US biotechnology production and research signed on September 12. For US President Biden In this recent series of combined punches,

(2) Biden clearly mentioned the "Inflation Reduction Act" in his statement and clearly mentioned bringing high-paying manufacturing back to the United States. This is to express that the President of the United States is by no means an incompetent president who only prints money and owes debts. Looking at the world, inflation usually has two situations, one is that the head of state orders money printing, which undermines the performance of national fiscal obligations, such as Zimbabwe; the other situation is that state agencies order money printing to monetize national debt, For example, the monetary policy of the Federal Reserve.

(3) Through today’s statement, Biden has redefined the partnership between the U.S. fiscal authority (government) and the U.S. monetary authority (Federal Reserve): the Federal Reserve is responsible for holding up the value of the dollar by tightening monetary policy to fight inflation (sovereignty) Credit), the U.S. government is responsible for making labor more productive in order to make the dollar value real. The executive order signed by the President of the United States to encourage the production and research of biotechnology in the United States is essentially a call for capital from all over the world to invest more in the field of scientific and technological innovation in the United States. After all, technological innovation has always been the core driving force of the American economy. In the past 10 years, The US government has been guiding the expansion of investment in technological innovation through various policies.

In the past ten years, we have seen the United States create more scientific and technological achievements, but these scientific and technological achievements have completed the transformation of productivity in more developing countries, and created the wealthy class in the fields of technology and finance in the United States , but also led to the growth of the global economy. But America's middle- and lower-income classes have experienced a lost decade, with income growth seriously lagging spending growth. In the face of inflation, the seriousness of this problem is being revealed. Therefore, the US government must prescribe a new prescription of "combining the virtual with the real, strengthening the original and cultivating the original", in order to encourage more scientific and technological achievements to complete the transformation of productivity in the United States.

Whether it is the recent remarks by Federal Reserve Chairman Powell or a series of policy combinations signed by US President Biden, it fully shows that even if the United States faces the risk of a severe economic slowdown or recession (US stocks fall), the Fed will still take inflation targets as a priority , the Fed has pressed the start button of raising interest rates and collecting water to quickly curb inflation, but when to press the pause button and stop button, it depends on how the US government makes the economy soft landing (US stocks stop falling).

In an environment of rapid and ongoing Fed monetary policy tightening, market investors will soon see growth stocks and small-cap stocks facing significant risks of rapid disappearance of revenue and earnings growth due to rising discount rates and deteriorating economic data. When these risks are revealed one by one and released in a concentrated manner, market investors' expectations for a hard landing of the U.S. economy will rapidly intensify, and U.S. stocks are bound to usher in a staged low. Therefore, before this periodical low point arrives, the US government must begin to prepare in advance the cushions required for a soft landing of the economy, such as industrial funding guidance policies for "high-end chips, biotechnology, medicine and health care, and renewable energy." By gathering more U.S. dollar capital in advance in these new technology fields to shape short-term and emerging global leadership and demonstrate the new resilience of the U.S. economy, it can resolve investors’ concerns that the U.S. economy may turn into a long-term downturn and effectively ensure that the U.S. There will be no hard landing in economic growth, and we will also see a clear turnaround in the 10-year U.S. bond yield. 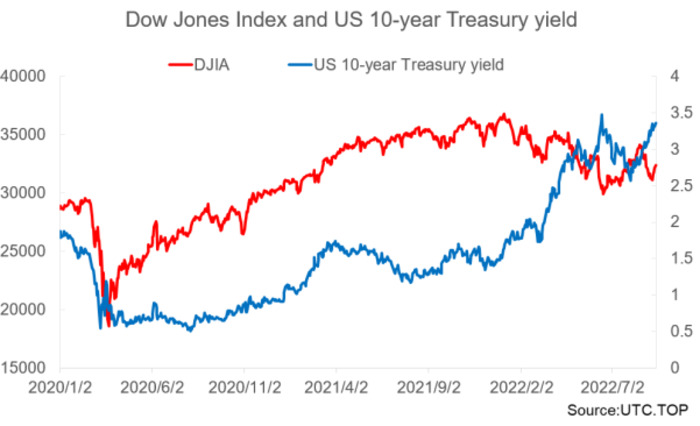